Curiosity proverb says killed a feline pet but the same element that defines the perennial seeker or conquistador in man, is not for sale or lease from any form of researcher or scientist. From a bath tub in Syracuse, Sicily to an apple tree in Lincolnshire in England to a dream in California, U.S.A, it was curiosity that defined […] 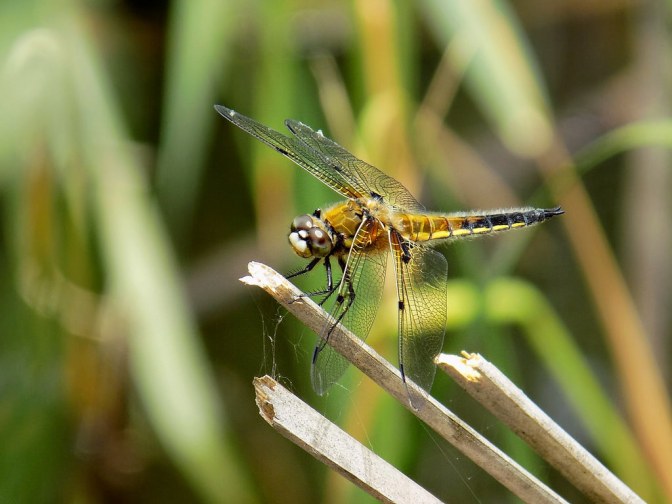 Curiosity proverb says killed a feline pet but the same element that defines the perennial seeker or conquistador in man, is not for sale or lease from any form of researcher or scientist. From a bath tub in Syracuse, Sicily to an apple tree in Lincolnshire in England to a dream in California, U.S.A, it was curiosity that defined the next paradigm of science – be it buoyancy, gravity or the polymerase chain reaction. Like the hunt for the perfect soul-mate or the fountain of youth or the elixir of immortality, man has always been searching to flourish within the microcosm he belongs to – his search for eudemonia – or in more simpler terms what defines an overwhelming feeling of well-being and happiness, what cannot be delivered by an ice cold beer, a trip to Hawaii or a dream date with Mandy Moore. Therefore, science has always been a personal and perennial quest to reach a scientist’s Valhalla, for his own indulgence of a real dose of eudemonia, a discovery that could bridge a mental gap (theory) or a pragmatic hiatus (application).

A quest has fluidish goals as well as several strings – what drives you forward and what holds you back. Curiosity can be a journey in inhospitable dunes and in this reality, empiricism is the camel that will take you to a scientific oasis and discovery is finding that oasis even in the face of defeat of uncountable mirages or setbacks. Therefore, it is important to first draw a blueprint of conception of a virgin idea and then build a foundation where the first mental brick laid will be of true significance to the subsequent ascent in empirical altitude, the journey to reach the heights of discovery. A scientist’s dream is in quenching of the thirst of discovery and not the recognition or glory of a name etched in folios of history or cult status attained in the mental tapestries of human appeal.

A scientist too has strings that hold him back. It is a stark reality that Murphy’s law is as abundant as Newtonian gravity, a stranglehold that keeps us connected to the realities and frailties of empirical experimentation. No conception can predict the strangeness and the complexities of science, for there is no foregone conclusion just the cultivation of an open mind. In these eras of metagenomics and whole transcriptome arrays, where the reductionist approaches are no longer serial quests but platforms for gargantuan data sets, there is a need to be equipped with not just the nitty-gritty but also the view from the pyramid top. There will always be a war between systems biology and the biology of systems, but it is high time, that both factions lay down their mental arsenal and just kiss and make up – For the road ahead will be spectacularly an open road to somewhere, but there will never be a utopia or a Shangri-la in science, as the  curiosity-driven journey will always travel beyond the next horizon and infinity is the only static destination.

In these times of meta data sets, there is still room for the strange and the serendipitous to unfold in kismet’s hold, as has been the case for penicillin and rapamycin, or even with the blue pill that fuels the oldest act of recreation and procreation.  Fate will continue to mold or fold the grail of science in times ahead and we just have to learn to drift to fate’s force when we cannot cut across waves and steer to a pre-conceived scientific haven.

Yet another string comes in the form of scientific uncertainly, such as in the origins of climate change and the footprint of transgenic foods. In these hazes of sciences, it is important to be precautious in principle and action and not to jump ahead, for the cart has to go behind the bullock, and data has to draw the weight of conclusion. Another beast in science comes in the guise of falsities, for sometimes, crosstalk, contamination, convolution and inconsistency can lead to a plethora of problems in analysis, interpretation and drawing of conclusions.

Furthermore, in these exciting times of digital renaissance, it is important that the renaissance man is reinvented. We can no longer be a frog in a well, we need our mental faculties to grow like an empowered fungus to be receptive to change and progress, to not just be impersonators of Learnado De Vinci but be human clones of this maestro, for there is no place for archaic dinosaurs in this new age of enlightenment.

It is a religious truth that curiosity may kill a fish near an angler’s hook, but in science, curiosity has a license to thrill. Curiosity was never James Bond, just Houdini outside the square of a box.

Dr Dilantha Gunawardana graduated from the University of Melbourne, as a molecular biologist, and moonlights as a poet. He currently serves as a Senior Lecturer in the Department of Botany, University of Sri Jayewardenepura. Dilantha lives in a chimeric universe of science and poetry. Dilantha’s poems have been accepted for publication /published in HeartWood Literary Magazine, Canary Literary Magazine, Boston Accent, Forage, Kitaab, Eastlit, American Journal of Poetry, Zingara Poetry Review, The Wagon and Ravens Perch, among others. Dilantha too has two anthologies of poetry, 'Kite Dreams' (2016) and 'Driftwood' (2017), both brought to the readership by Sarasavi Publishers, and is working on his third poetry collection (The Many Constellations of Home). Dilantha’s pet areas of teaching and research, include, Nitrogen Fixation, RNA biology, Phytoremediation, Agricultural Biology, and Bioethics & Biosafety. Dilantha blogs at – https://meandererworld.wordpress.com/ -, where he has nearly 2000 poems.